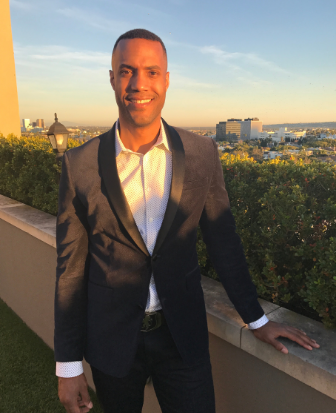 Visionary. Social Entrepreneur. Philanthropist. 18+ years experience in the hospitality sector. Tech savvy individual who is always looking to create better processes that allow industries to operate more efficiently. Greatest business trait: Ability to stretch the value of a dollar by about 7 times.

Scott has been fortunate enough to lecture at some of the most prestigious universities in the country, including Harvard, Stanford, and USC. He was named a leading young entrepreneur by Black Enterprise Magazine, and in 2008, was the youngest person ever to be honored with the prestigious “Entrepreneur in Residence” award from Cal State University, Fresno. Along the years, Scott has been featured in various national and local publications such as Newsweek, CNN, Financial Times, Entrepreneur.com, MOVES magazine, OC Metro, and Orange Coast magazine.

Scott graduated from Fresno State University with a degree in International Business w/ an emphasis on the Pacific Rim and a minor in Chinese language and culture. While attending school, he also played basketball under the leadership of legendary coach Jerry Tarkanian.